Most of us have probably read the classic story–or seen the movie Back to the Future–in which a character travels into the past, and does something to interfere with his/her own time stream, and then (perhaps slowly for dramatic effect) fades into nonexistence. This begs the question of what changed the time stream in the first place, since the character who changed it apparently never existed.

This seems to be a paradox, which is by definition a self-contradictory statement or condition. Writing about future time travel is much less likely to create a paradox, but it’s still possible. Traveling back in time, however, is fraught with danger–at least, in the traditional way of looking at things.

Different writers have taken different ways of looking at time travel to avoid paradox. Some have held that the future is immutable. Go ahead and travel back and change the future. You can travel back, but only because you already did, so it doesn’t matter what you try, because you already tried it, and the present time from which you are traveling is the result of the changes you already made. This explanation has the benefit of avoiding all paradox, but denies human agency (otherwise known as free will.) You can’t change anything from before, no matter what you do.

In Devil’s Paradise, I’ve taken a couple of approaches to time travel which have probably been done in all the thousands of time travel stories I haven’t read, but I haven’t seen them in the ones I have. One concept is that a field is created within a machine, allowing objects (including persons) to pass through the field toward the past or the future, coming out of the machine at the far end of the stream. But the machine that holds the field must exist at the other end, so it is impossible to travel back in time before the machine was created. No time traveling cars or Wells’ time machine. It does limit the dramatic possibilities, but it seems more plausible–assuming time travel is possible at all.

The other concept is simpler, but perhaps is less intuitive. The future does not exist at all. It never does. Once you travel back in the past, where you came from no longer exists. You are a traveler from a universe that may exist someday, but does not now, and may not ever, if you change anything.

Let’s take the classical idea of going back in time and shooting your father before you were conceived–or even killing your own younger self. There’s a paradox, if ever there was one, right? Nope. When you were at that moment in time in your own history, no creep from the future showed up to kill you. Ergo, that person you kill is not yourself–not even your earlier self. I don’t mean a case of mistaken identity, either. Because the future does not exist, there is no connection between the future and the present, as there is between the past and the present. So the younger you is actually a different person. You don’t fade away, you don’t pop out of existence, but perhaps you do get arrested and convicted for murder.

Turn it a different way. What if you didn’t kill your younger self, but simply became buddies, and gave some guidance about some of the poorer decisions you made before? You would change as the different choices are made, right? No. Your younger self would benefit, but you would not change. (I could see a plot wherein the older Riley becomes jealous of the younger Riley who benefits from the older Riley’s advice, and is–in the opinion of the older Riley–insufficiently appreciative. Lots of conflict possibilities there.)

It would seem, in the above example, that there is a paradox in two Rileys occupying the same time stream, but again not. The future does not exist, and they are not the same person.

There are some very interesting fictional possibilities from this last idea. Want an identical twin? Travel back in time a minute. Then stop your earlier self from going into the time machine again. Want an army of super soldiers? Get your perfect soldier, and send him back an hour. Then do it again, with both of them. Then again, with four. Wash, rinse, repeat.

It is not related to this concept, but in Devil’s Paradise, I put in some serious obstacles to use of the time machine, to prevent this kind of thing–which is a little too close (literally) to deus ex machina. It takes an immense amount of power to generate the time field, and traveling through the field is a huge strain on the human nervous system.

I’ll have to deal with the mathematical impossibility of parallel universes in another post.

Have a great day! 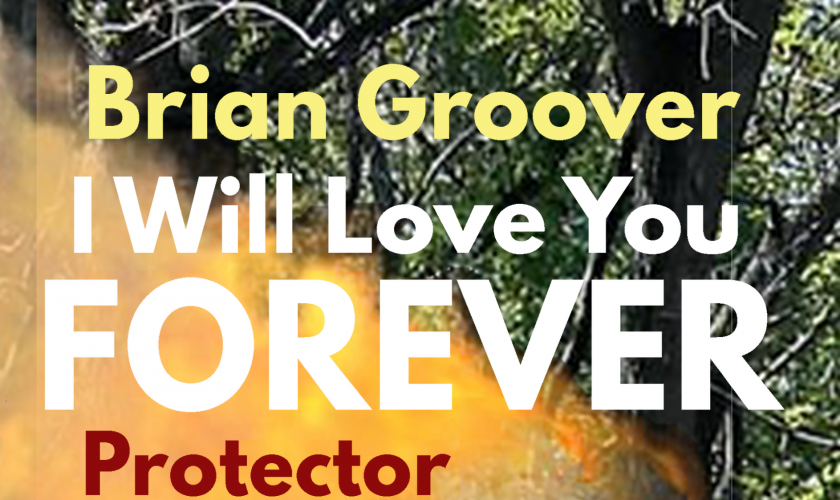 This series begins with I Will Love You Forever, which was a Compton Crook Award Finalist in 2016. This series is about an alien artificial intelligence probe which comes to Earth and is forced to merge with a human woman to keep her alive. The first book is about the struggle her husband has in also keeping them both alive, and in protecting her from governmental forces that would destroy them both.

The next book in the series is I Will Protect You, wherein we learn that the alien notions of protection are not really like our own. The alien entity is here to make contact and deliver a message, but its mission is derailed because of love, which it has never encountered before. The stakes turn out to be much higher than even the alien AI had suspected.

The third book will be about the message delivered by the alien probe and what the human race does about it.

The fourth book will be about the race that built the probe arriving at Earth. 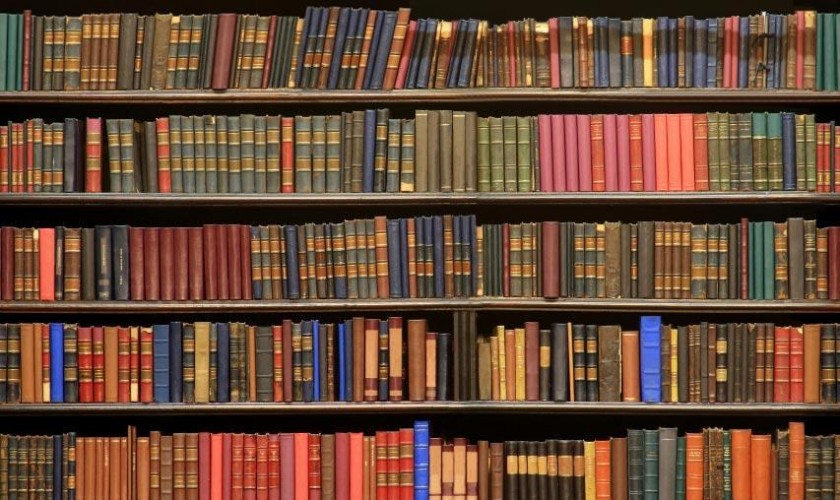 I write stories–lots of stories.

Most of them are novels. That seems to be the length I prefer, but I’ve written some that qualify as flash fiction, and every length in between.

As I publish various stories, I will have notes about them here, and each story series may spin off into its own blog. Most of the novels I write are intended as part of a longer series.

So far, I have either published or written (but haven’t yet published) the following story series.

Protector. This series begins with I Will Love You Forever, which was a Compton Crook Finalist in 2016, and is available in paper and eBook formats on Amazon and many other places. This series is about an alien artificial intelligence probe which comes to Earth and is forced to merge with a human woman to keep her alive. I have only written the first novel in this series, but I have three more planned.

I am currently writing Devil’s Paradise, the novel that begins The Redemption Cycle, a series about time travel and finding completion. Devil’s Paradise is the story of a man who builds a time machine and travels to the future. The future world is a perfect paradise, but humanity is about to become extinct, and it is his fault. I think this may be my favorite story so far, although I am still struggling with how to get the main story launched more quickly. (Just this week, I’ve come to the conclusion that I need to take the entire first quarter of the book and split it off to be a prequel story at some point, so I have more rewriting to do on it.) I’ve planned four more stories in The Redemption Cycle, if I include the prequel story.

Seed of Destiny. This series begins with two hard SF short stories I am still shopping around to magazines, but is about early human interstellar colonization, with evolutionary implications. I love the concepts in this series, but none of it has been published yet. So far, I have written three novels and six shorts in this series.

The Jumper. This is a novelette which was featured on Wattpad, and is also available in paper and eBook. The Jumper is a story about a police detective who investigates a very strange suicide, only to discover…well, I don’t want to spoil it for you. One spin-off series has started from this, called The First Jumper, about an ice-age human who encounters an alien traveler. While The Jumper and The First Jumper are for sale on Amazon and elsewhere, I have written two other novels in the series that follows The First Jumper, and one novel in the series that follows The Jumper. None of them are ready for publication yet.

The Possum’s Curse is a completed novel from several years back. It needs a rewrite before it is ready for publication. I have written something between six and fourteen novels in this series, depending on how the stories are divided. It’s been fun to write, but this entire series may not see the light of day, unless I have a lot more time to write than I do now.

Unnatural Conflict is a short fantasy story about a woman who is a werecat, and encounters a man who is a werewolf. I have written two entire and one partial prequel novels to this story, and planned out several sequel stories. I love the story concept, but may not have time to get back to this one, either.

“Bigfoot” is a short story that I’m currently trying to shop to magazines. It is a story of three alien grad students, similar to eight-foot-tall ferrets, who start having fun messing with the monkeys of Earth, and meet their match in a tomcat. I actually think it’s hysterical, so I’m hoping to find an editor who will agree. I have multiple other stories in this series planned, but haven’t had time to write them yet. The series will be called Ferrets on Furlough.

In addition to the above series, I’ve written about a dozen unconnected short stories, which may eventually find their way into publication. Some of them are humor. They make me laugh, anyway.

It’s a lot of stories that haven’t been published, I know. I want to finish them all, and I intend to. But I’m going from sixteen to twenty hours a day, most days, and it’s hard to stop that habit. I’d love to write full time, but then my family would starve.

On the other hand, if the stories in any of these series start to sell well, I will immediately bump the priority of that series to the top. So if you’d like to see more of these come to life, hop over to Amazon or Smashwords or CreateSpace or Kobo or 24 Symbols or Barnes and Noble or InkTera or any of the other online stores that have them, and buy a copy. Even better than buying a copy is writing a review, on Amazon or elsewhere. Every four or five star review makes a huge difference, in the early part of an author’s career. It is the single biggest thing you can do to help any author.

Warning: Cannot assign an empty string to a string offset in /home/taproo5/public_html/briangroover.com/wp-includes/class.wp-scripts.php on line 486

Warning: Cannot assign an empty string to a string offset in /home/taproo5/public_html/briangroover.com/wp-includes/class.wp-scripts.php on line 486